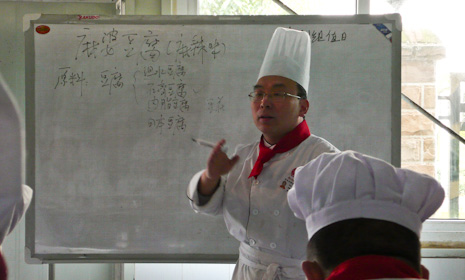 The morning began with the lecture. The teacher announced today's two dishes and ran through the list of ingredients. 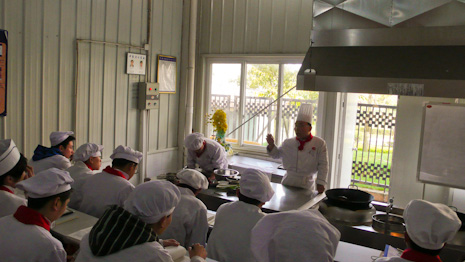 In the meantime, students of duty chopped the leeks, soaked the tofu and gutted the fish. 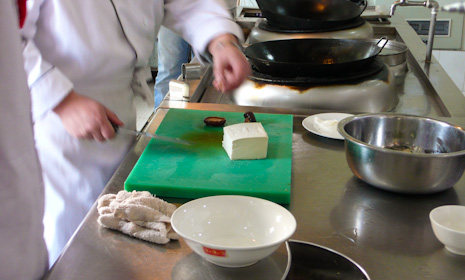 Demonstration is the highlight of the lecture. 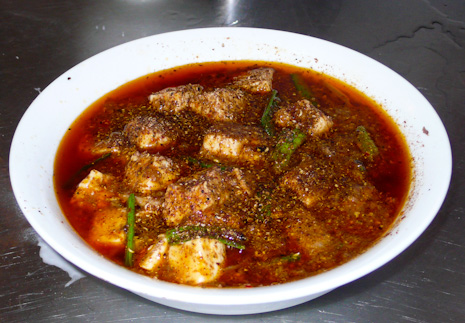 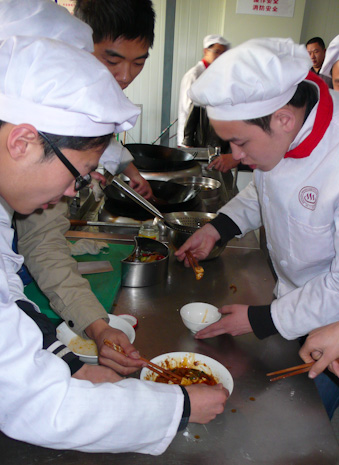 The climax of the demonstration is the devouring. 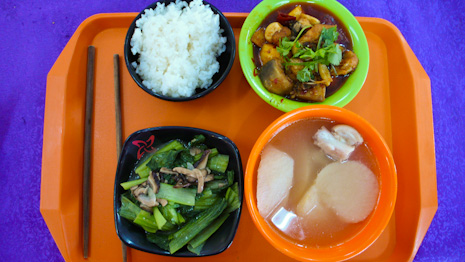 A two-hour break begins around noon. As one would expect from a culinary university, the dishes in the student cafeteria are not bad. 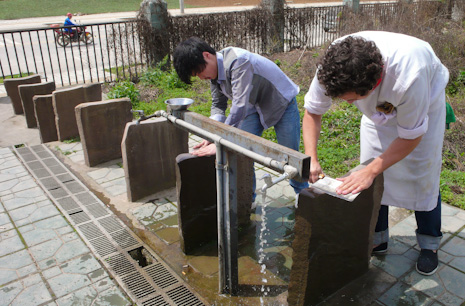 Before the afternoon practice good students hone their knives at the outdoor honing station. 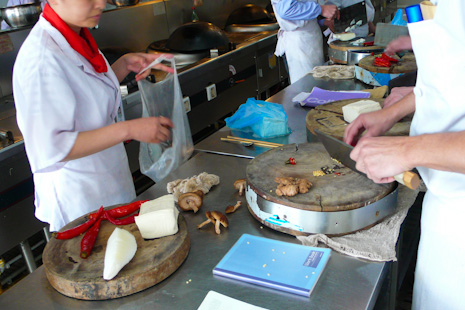 Amid the chaos of notebooks, raw ingredients, wet dishes and dirty all-purpose rugs the practice begins. 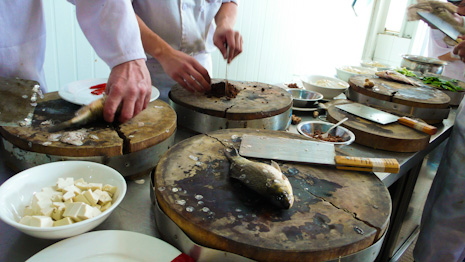 You can be quietly peeling your ginger when a helpful classmate dumps a bunch of live fish in front of you, so you have to catch the wriggling creatures amid the dishes or pick them from the floor, whack them on the head with the cleaver and gut them. 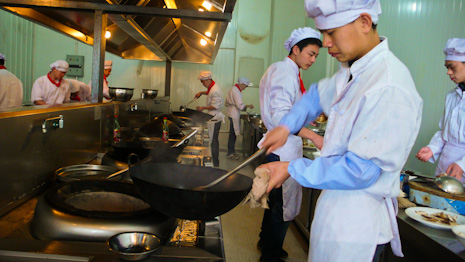 The prep was done all together, but each member of the team took turns at the wok trying to replicate the two dishes of the day.

The spirit of good-natured apprenticeship keeps students picking up unused plates, washing and storing away the cleavers, mopping the tables and fetching condiments for each other. 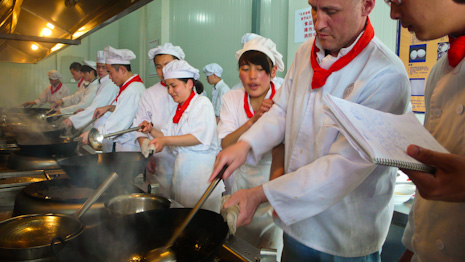 Our class has four foreign students, all in one team, as one would expect. The rest of the students are Chinese, mostly under 20 years old, although there are a few chefs among them. 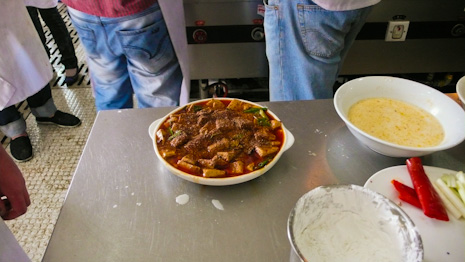 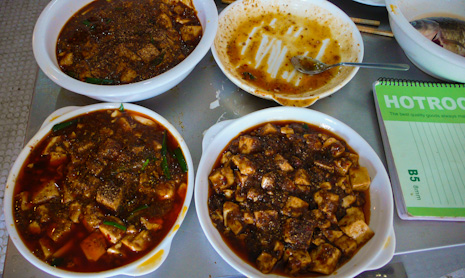 Mine is in the lower right corner :-) Soon half of it was eaten by the classmates wandering around the room and picking on each other's dishes with folding spoons and chopsticks they carry around. 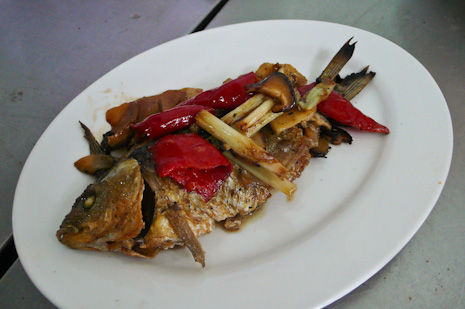 And this is my scallion-flavored fish. Though I planned to take it home the fish only made it to the nearest open-air bar where it became a beer snack. 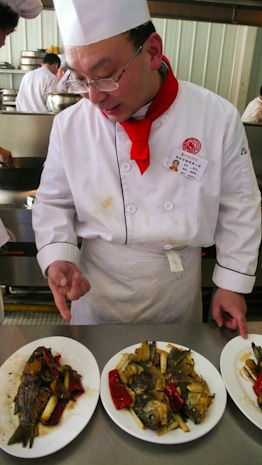 The teacher offers criticism to each team, commenting on the color, density and looks of the dish. He, of course, knows that fine-tuning the flavor is difficult in the chaos of mass practice sessions, where someone can steal your garlic, give you a 'clean' plate with fish scales stuck around the edges, you can run out of vinegar or have to use the wok left charred from the previous cook. 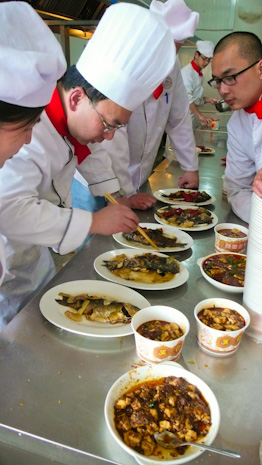 However, the opportunity to mess around in industrial-size kitchen and cook under high pressure is exciting. 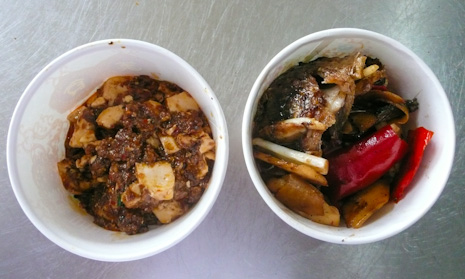