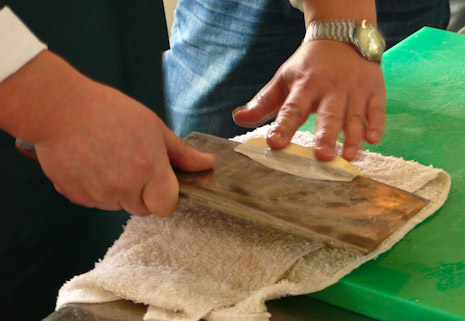 The more spectacular of the two Monday's dishes were Lampshade Chips in Chili Oil 灯影苕片. This dish is a typical insider joke of Sichuan banquet cuisine: the main ingredient – sweet potato – is dirt cheap and vulgar, but it takes a lot of skill and time to slice it evenly into transparent 'petals'. 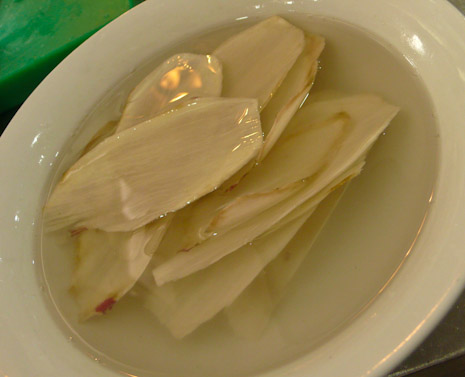 Slowly but confidently the professor's blade began to carve a pile of chips. Soon, however, he glanced at his watch, counted the students and made the exact number of chips for everyone to have a taste, not a chip more. 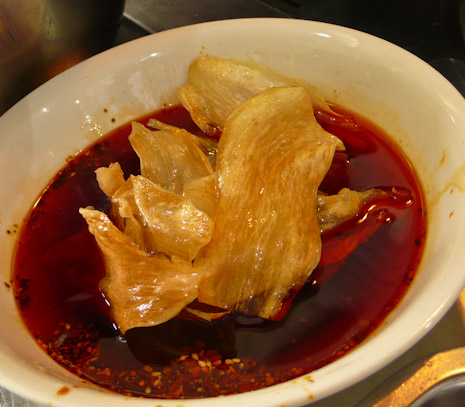 After some cautious deep-frying, the precious lampshade chips were dipped in chili oil and drizzled with sesame oil. 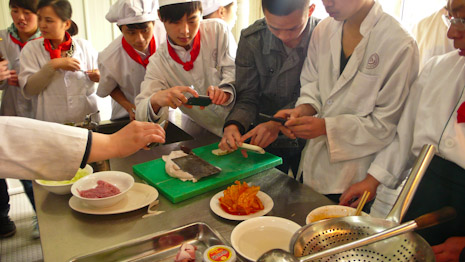 In the hushed and elevated atmosphere, even those who never take photos reached out for their phones to immortalize the star dish. 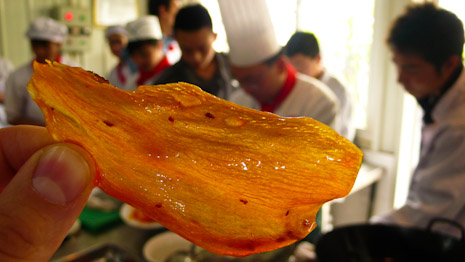 The redness of the chili oil makes the translucent chip glow. 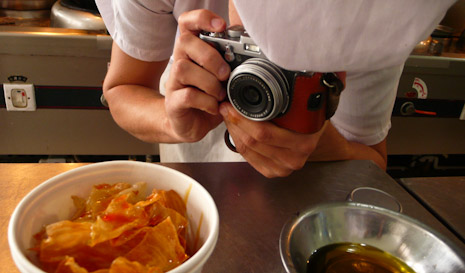 In the afternoon 'lab', cursing under our breath and constantly dipping the stubborn sweet potatoes in salty water, we managed to make a large pile of sweet potato 'shavings'. But as the two of us were frying, the first batch of finished treasures mysteriously disappeared from the serving plate (as Russians say, "не щелкай клювом"). We hurried to fry the second batch and stashed it away in secret, making sure to snap a shot for posterity.
Collapse