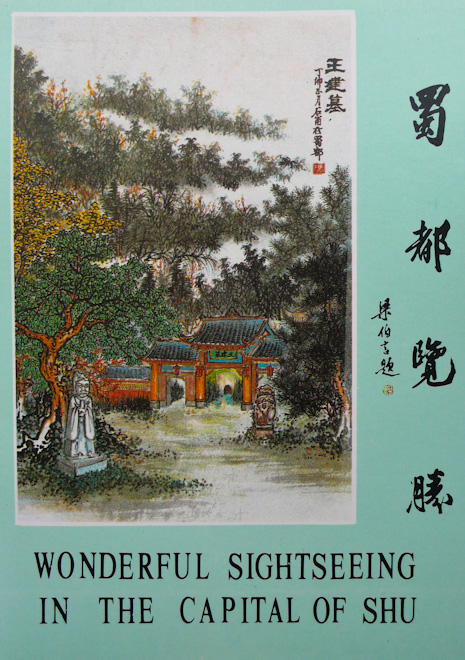 This is the cover of a divinely old-fashioned set of postcards from Green Ram Temple 青羊宫. As xkcd pointed out, if you really hate someone, teach them to recognize bad kerning. 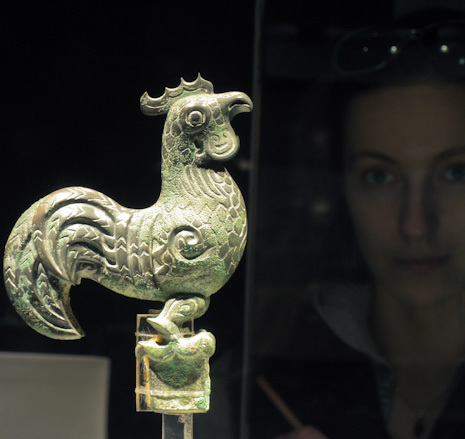 Sanxingdui museum was a great place to make sketches. 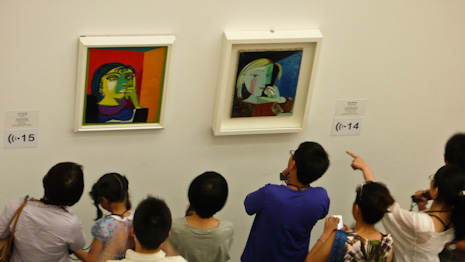 The well-traveled Picasso show finally hit Chengdu (or rather, the ghostly suburban hi-tech park). The 'forty masterpieces' were largely from the B-team. A friend of mine speculated that the pictures were probably fakes – otherwise how could the security be so low? No metal detectors, no bag search, no guards... Interesting idea. 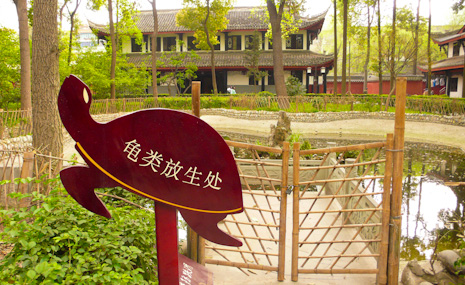 Almost half of Wenshu Monastery is occupied by a lush park where people can release their turtles in a specially designated place. One turtle equals one hundred points of good karma. 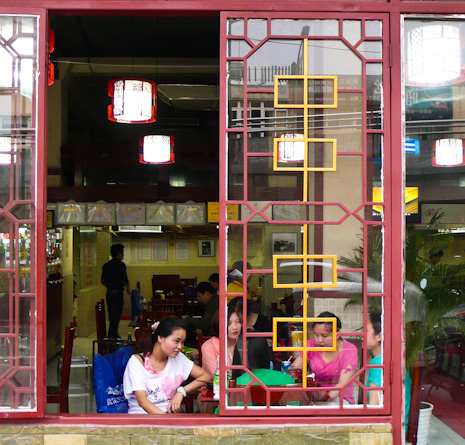 Characters for 'skewers' 串串 are smartly embedded in the window frames. 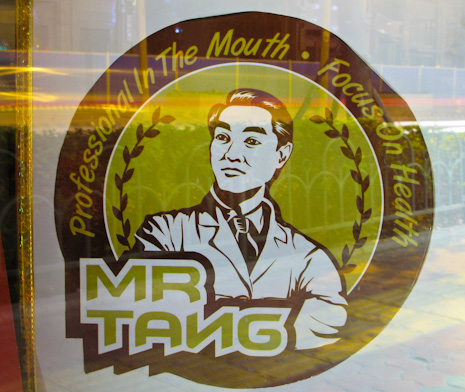 Who doesn't want a professional in the mouth? 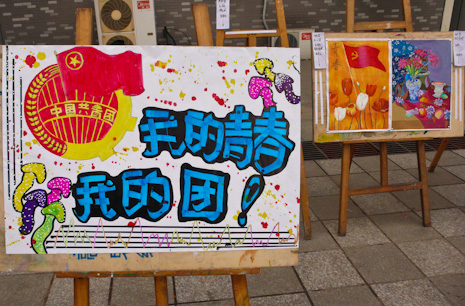 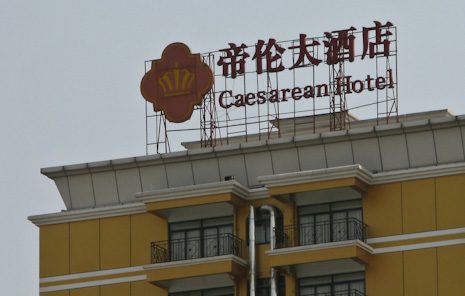 Is this that shady place where they steal your organs? Or your baby? 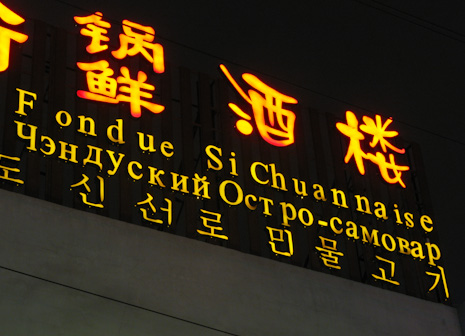 The makers of Chengdu Hotpot invented a useful Russian word. 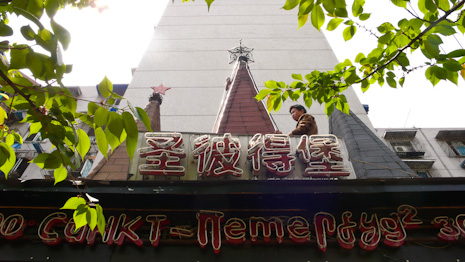 Toward the end of the word 'Petersburg' the bar ran out of Cyrillic letters. 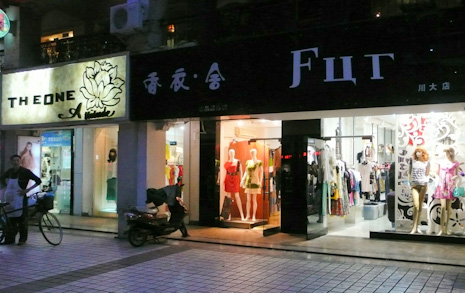 Meanwhile, the shop called Fцг had them in abundance. Is this supposed to be Fur? Only the man on the left knows, because he is The One. 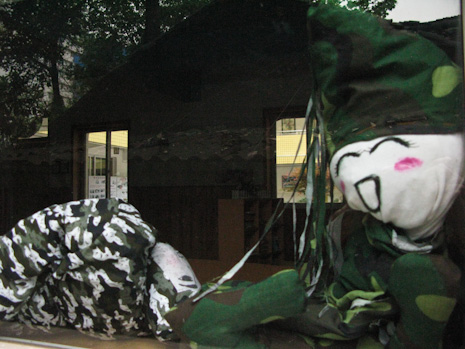 Army surplus fabrics found their way into a kindergarten and turned into creepy stuffed puppets. 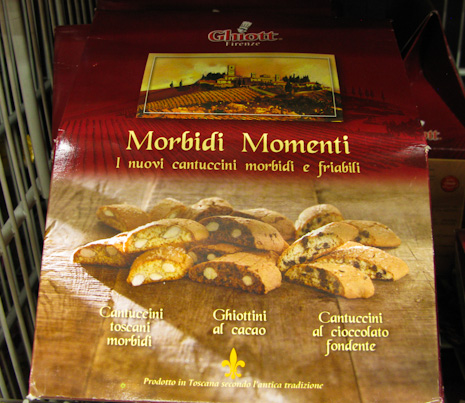 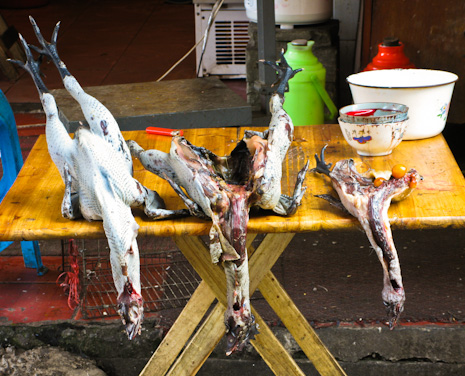 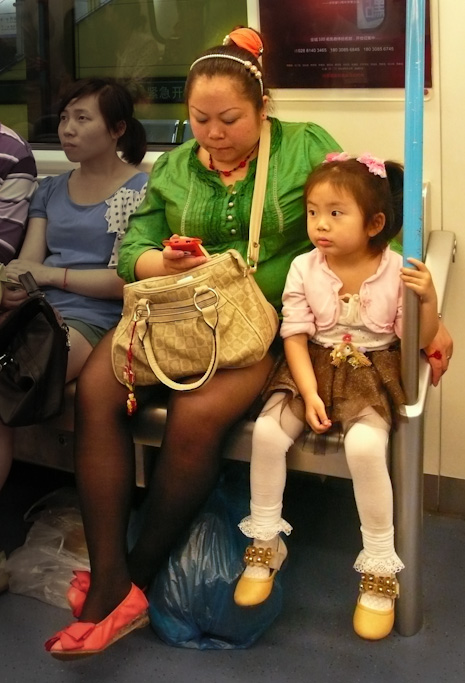 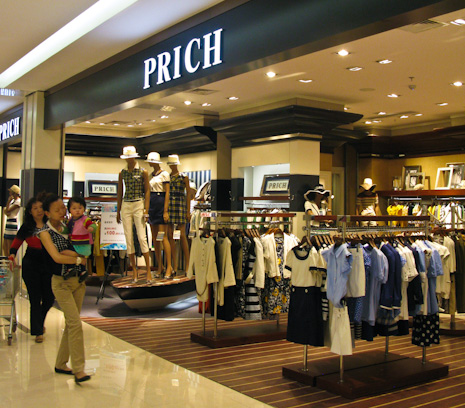 It's because they get to shop at Prich. 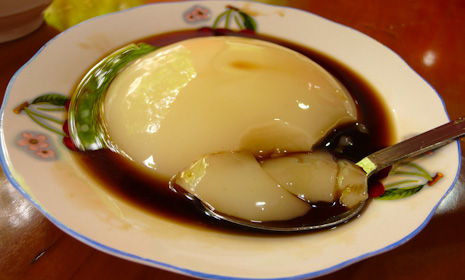 This is a food blog, after all, so here's the most repulsive-looking desert among my Chengdu favorites. 'Cold cake' 凉糕 is bean jello with burned caramel syrup. Delicious!
Collapse