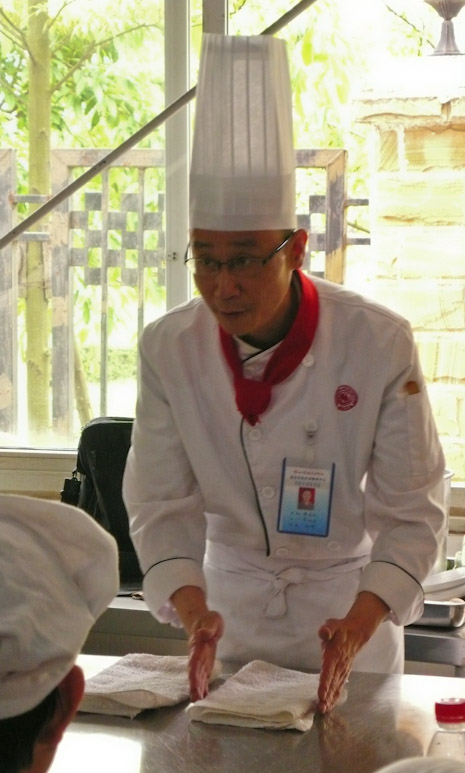 Tuesday is a pastry day, and today we are making deep-fried dough sticks called 'youtiao' 油条. Using towels as stand-ups for the dough layers, our jubilant professor Cheng Wanxing showed how to roll and fold the dough. 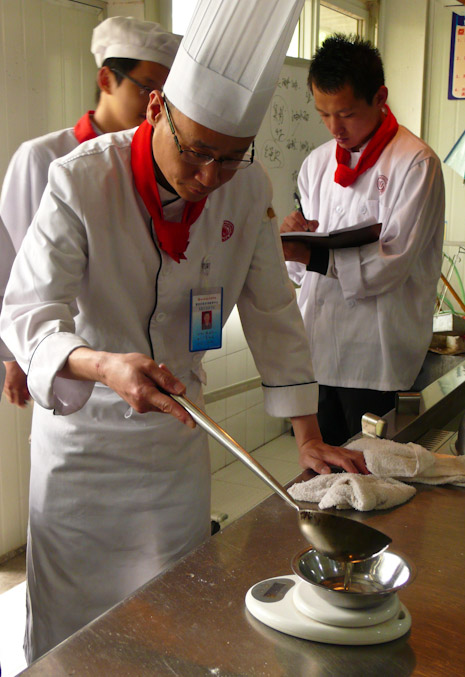 This basic breakfast 'donut' has a secret: it's the only dish I've seen in this kitchen that actually requires precise measurements. 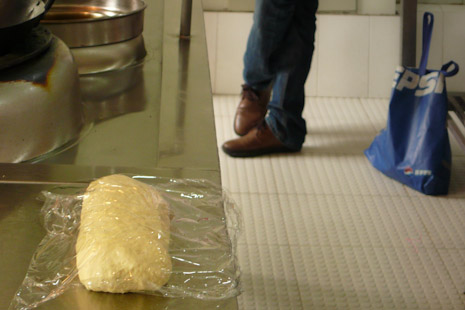 After some vigorous kneading (professor's hands patting the dough looked like some exotic drummer's) the dough was left to rest. 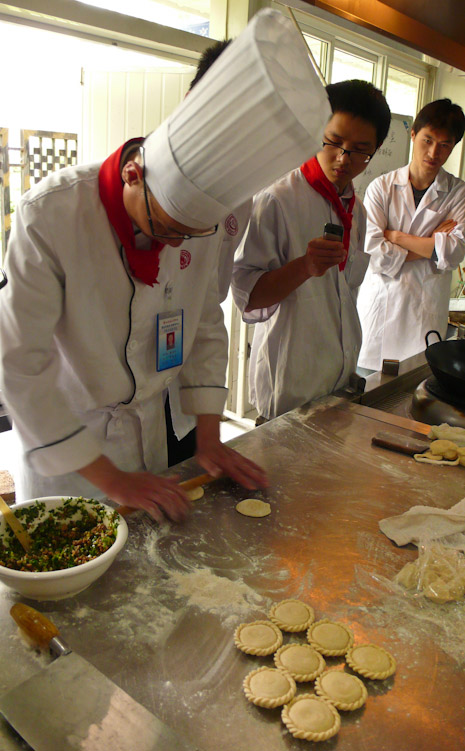 While one dough rests, the teacher mixed a handful of lard with flour and prepared the dough for another dish: Crispy Pies Stuffed with Pork and Chives 韭菜盒子. 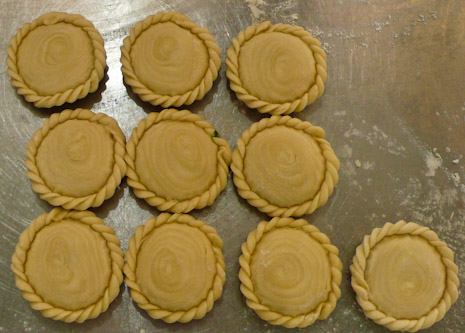 The pies also have a secret: there are actually two kinds of dough, one is more fatty than the other. The layers are rolled into a tube and cut horizontally to make the pie skins imprinted with a spiral pattern. 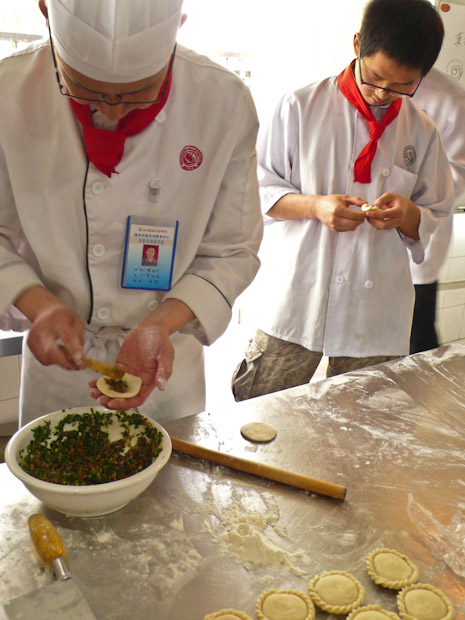 Pinching the edges into frills is much harder than it seems. Some started rehearsing right on the spot. 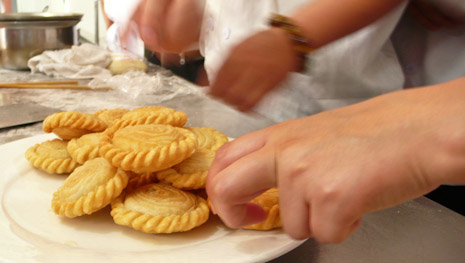 Freshly fried flaky pies did not take long to be consumed. 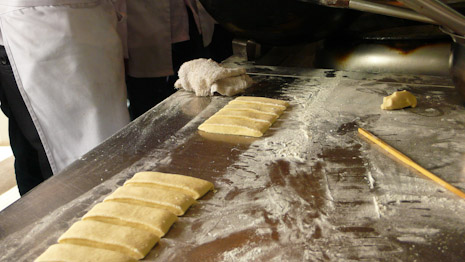 Back to youtiao. As he was rolling and cutting the dough, Professor Cheng speculated on the economy of a youtiao stall. "The vendors overcharge you brutally," he said (a youtiao costs 1 yuan). After deducting the cost of flour, salt, yeast and oil, a smart youtiao maker can rake in 3000 yuan in a month. 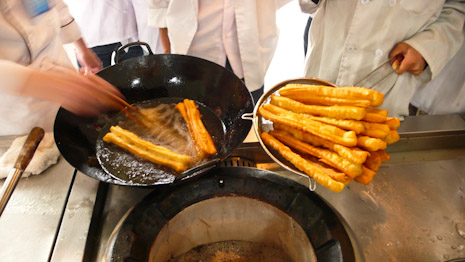 I hope they do. Somehow, it's the cheapest snacks that take up the most of the cook's time and effort. 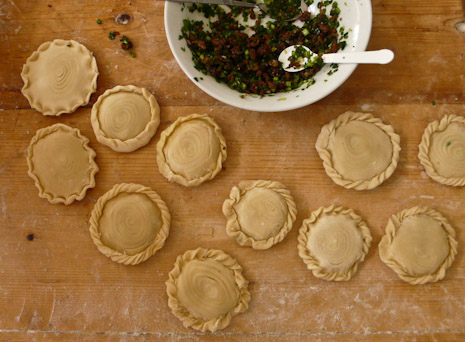 During practice, we produced crooked pies with all kinds of frivolous edges. And as for our youtiao, they were ruined: instead of putting in 4 grams of soda, we accidentally put in 12 grams of salt, and the dough did not rise. 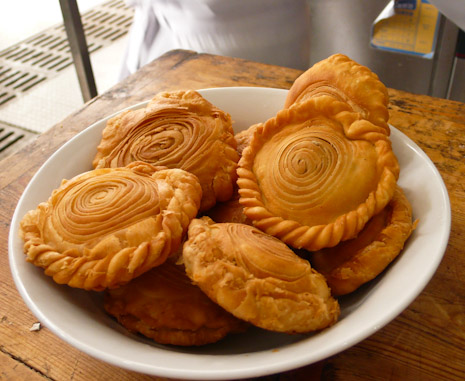 But after deep-frying the chive pies were still delicious and flaky. Some even said that our spindly and hard youtiao were a tasty innovation. New dish on the market! Now I'll start raking it in.
Collapse