For most of us this is the first breakfast. Our class of about thirty students sometimes expands to thirty-seven, on days when everyone suddenly feels diligent. 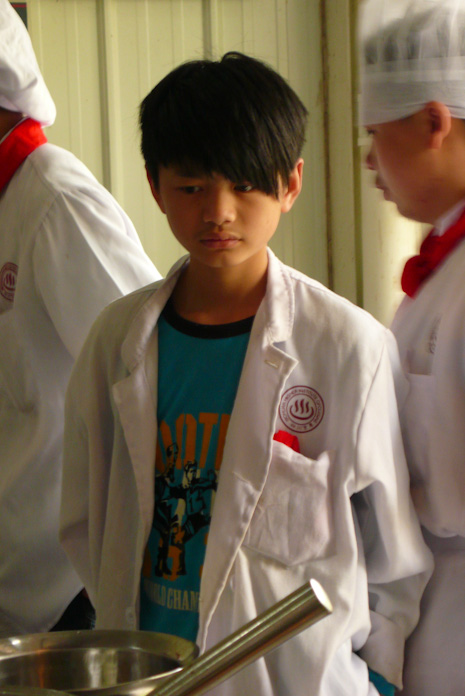 The youngest student turned 15 last week. He's a sweetheart, although they say he drinks, smokes and swears. 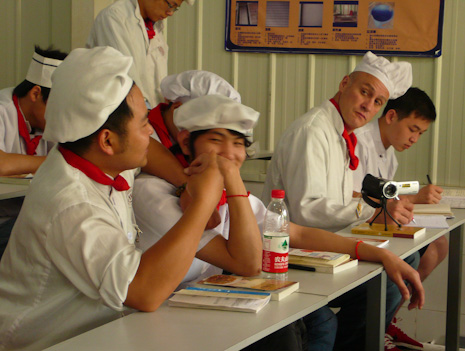 At one point there were six foreign students from around the globe: Norway, Russia, USA, France, Wales and India. Those who weren't fluent in Chinese began to pick up their vocabulary from the classmates. 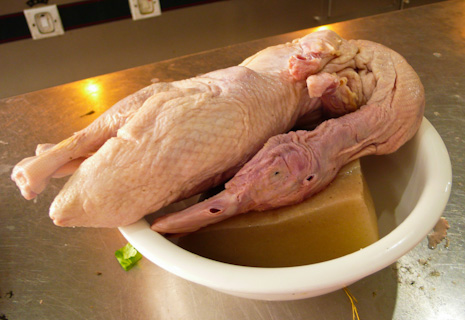 We usually mess around with cheap ingredients like chicken thighs and pork tenderloins, but today we were greeted by a duck resting on piece of konjac jelly, unambiguously announcing Braised Duck with Konjac Jelly 魔芋烧鸭. 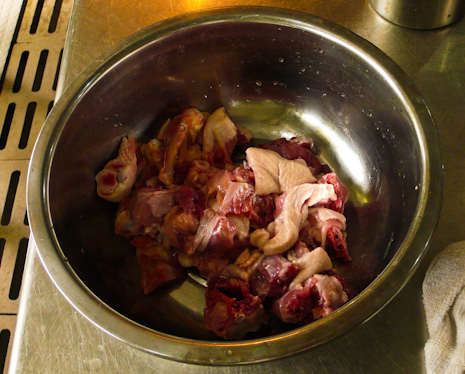 When Teacher Long takes out her knife to dress a bird, students gather round and try not to miss a single movement. She pounded the duck torso, stretched the neck like a rubber hose and quickly turned everything into a bowlful of large cubes. 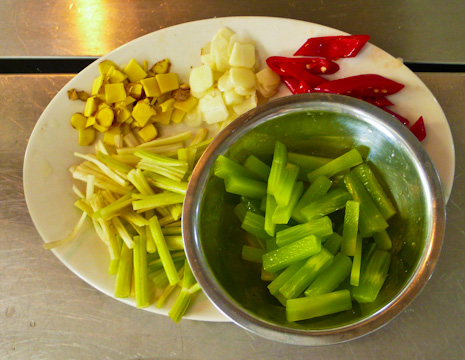 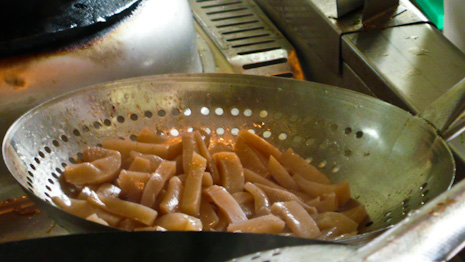 Konjac (konnyaku) jelly had muddy color, gelatinous texture and blotchy surface. After cutting the jelly had to be soaked in hot water (I don't want to know why). After trying konjac 魔芋 in the dish western students agreed that its slippery softness closely resembled animal fat. Thankfully, it had no flavor of its own. 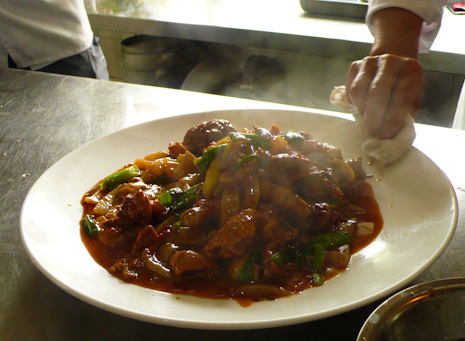 Duck (as well as lamb) is believed to have a natural 'weird taste' 异味 that needs to be expelled by marinating, long stewing and liberal use of vinegar and cooking wine. As a result, the meat and konjac jelly absorbed the flavors of the broth where they simmered for twenty minutes. If it was up to me, I would replace konjac with cognac. 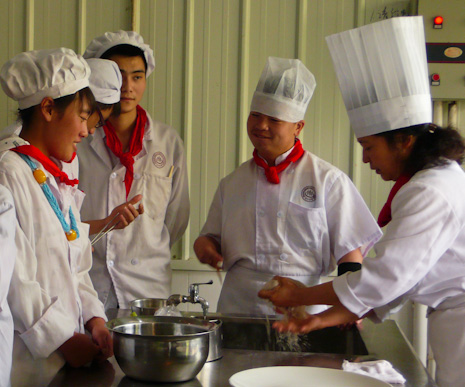